“Every branch in Me that does not bear fruit He takes away; and every branch that bears fruit He prunes, that it may bear more fruit.” – John 15:2 NKJV

I have two daughters. They both have been blessed with beautiful, curly hair. My oldest daughter, in particular, has big, curly hair that is a sight to see. …But it wasn’t always this way for her. When she was born, she had hair but nothing like the carpet her younger sister was born with. As a baby, she lost almost all of her hair, and it grew back, but it wasn’t long and struggled to grow. People had suggested cutting her hair, and in particular, shaving her bald, to make it grow out but I was afraid that if I cut it, it wouldn’t grow back at all!

I finally gave in and cut her hair when she was about 7 years old. It was getting too difficult to comb through because of dead ends and her hair seemed stuck at the same length. After cutting it, her hair started growing rapidly and grew back longer than ever before. I noticed when after every time her hair got cut, it would grow faster and thicker. Now, you see her today, 7 years later, with a beautiful head of hair at the longest and thickest that it’s ever been and still growing..

In our lives, there are things and areas that God wants to see us be more fruitful in or grow and produce in, but currently, we are stuck at a certain point we just can’t seem to get past. It may be that certain habits, things, relationships, or ways of thinking may need to be removed or pruned (cut away) in order for those areas to become more fruitful. These things we may have held on to, thinking that life would be impossible without them, but are actually useless and lifeless, hanging around your life. The question, “Does something really have to be taken away in order to get more out of it?” may come to mind. According to Jesus in our scripture, the answer is yes.

Sometimes we think of pruning as taking a loss. It may seem painful, so we don’t always welcome it but would rather avoid it. However, pruning is to take away the dead parts, those things that are not producing anything at all, preventing us from being more fruitful. If it’s not producing fruit, or bringing a return, and it’s dead or you seem to be stuck in the same place from holding on to dead things, why keep it or hold on anyway? The “pain” of pruning is just temporary, but the growth and the fruit that’s about to come will be unforgettable.

This is what God wants for us as He said from the beginning…to bear fruit and multiply. And by this our Father is glorified, that we bear much fruit (John 15:8), that we do more than be average or get by, to thrive rather than survive, to have life and that more abundantly, to put into use everything He has put in us, to go from glory to glory rather than be stuck.

God is good and He is not trying to hurt us. He’s trying to grow us to become more fruitful. I pray that as we go about our lives that we would allow God to prune the dead areas off of us so that we could bear more fruit. Let’s be fruitful and multiply!

God bless you all! 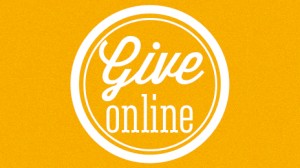