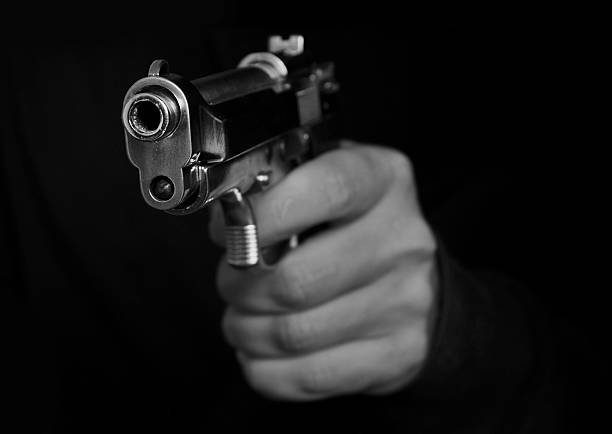 On October 1, 2015 at Umpqua Community College in the town of Roseburg, Oregon, a student shot and killed 9 other students before being gunned down by the police himself. The Washington Post states that during President Obama’s second term, there has not been a seven-day (Sunday-to-Saturday) calendar week that a mass shooting incident has not occurred.  A mass shooting is defined as an incident in which four or more people are shot.

Once again, I had to sit my 9 and 12 year-old sons down to discuss what to do when you are faced with a gunman on your school campus. In this incident in Oregon, it has been reported that the gunman asked students about their religion. Those who said they were Christians were shot and killed.

I told my boys to lock and block the doors, hide under a desk, don’t try to be a hero. Yes, I know that as a pastor that may be a bad statement but I am also a mother who wants to see her children come home alive. As I shared with the boys the dos and don’ts, my oldest son asked a profound question. “Mommy, I don’t have a problem telling someone I believe in Jesus if they ask me in everyday conversation. But would it be wrong for me to say no, I don’t believe in Jesus if he has a gun pointing at my face?”

I was utterly conflicted with this question. I am a strong believing Christian and a pastor so my first thought of course was a scripture. In Mark 8:38 Jesus says, “38 For whoever is ashamed of Me and My words in this adulterous and sinful generation, of him the Son of Man also will be ashamed when He comes in the glory of His Father with the holy angels.”

Well, that makes absolute sense to stand up for Jesus and declare that you are a Christian because you don’t want Jesus to be ashamed of you. I do realize that Christians are persecuted all over the world for their faith. If it weren’t for the blood of martyrs the cause of Christ would not have been advanced all over the world. Jesus has forgiven us of our sins and loved us so much how could we repay him by denying him.

BUT, I am also a mother so I struggled to just tell my son to say yes and get shot. While, God sacrificed his son, Jesus for me, I must be honest I’m not sure if I am will to sacrifice my son for the cause of Christ. (I just may loose my good Pastor status for that statement.) I want my sons to come home alive. I realize that Satan only comes to kill, steal and destroy but I want my child to experience the abundant life that Jesus has promised him. (John 10:10)

So I prayed silently in my head that the Lord would give me an answer to help my boys know what to do in these situations. After all, I would be so very proud if my son stood up for Jesus but I would be equally proud of him for coming home alive.

So here is what I said to him. “Son, the church of Jesus was also founded on a man who denied Jesus three times. God forgave him and then he used him radically to change the world. His name was Peter.” Peter even denied Jesus more than one time! Yet, after Jesus rose from the dead he went to restore Peter and to forgive him. Peter gave the first sermon as a witness to the resurrection of Jesus after Jesus ascended to heaven. (Acts 2) Later Peter was killed for his faith but this story tells me that God will forgive us if we deny him during times of fear. He will also strengthen us to stand firm in our faith as well.

Of course, I struggle with this and wonder if I am being a watered down Christian who wouldn’t stand up for Jesus if persecution came. I say we should deny ourselves and follow Jesus all the time. But I am also a very concerned mother. I don’t know how to reconcile my fear with my faith on this issue. All I know is that I want my sons to come home alive so that they can live to proclaim the gospel of Jesus Christ even more. So what should we advise our children to do in these situations? Profess Christ and die or Deny him and come home alive?